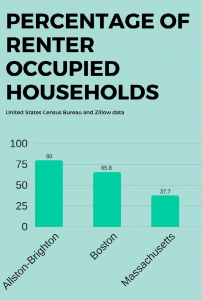 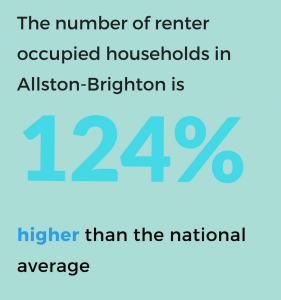 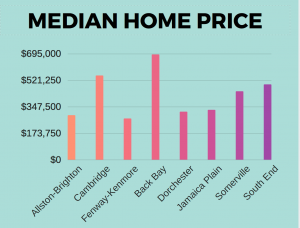 In a mostly-undergraduate part of the city, Allston’s official music venues don’t cater to its demographic. Basement shows are often born out of a need for an all-ages space; all clubs and bars in Boston have strict age restrictions and door fees, while basement venues provide inclusive spaces for broke, underage local music lovers.

74% of Allston’s population is between the ages of 18 and 34, and the neighborhood’s architectural landscape includes many massive unfinished basements. These two factors have facilitated this DIY facet of the local music scene and kept it alive long enough to evolve into an entire alt-ethos and scene.

“Unfinished basements are the two most important words,” says Robbie Wulfsohn of Ripe, a seven-man band out of Berklee who gained momentum a few years ago playing house shows. “The BU student ghetto is kind of the thing Allston functions as. In order to get out of that, they would need to spend a lot of money on making these homes nicer, on finishing these basements. They don’t, and they attract people that have other uses for these basements, one of which is the shows.”